Posted by Ella Smith at 10:57 AM No comments: Links to this post

Why Ella Finally Decided To Run Against Dr. Walker? It Was Concern Over Special Interests and Conflict of Interest 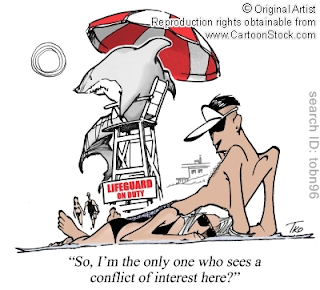 Ella respects Dr. Walker. Recently, Ella indicated that Dr. Walker was on the Housing Authority and in fact, he was on the Development Authority. She has apologized to Dr. Walker. It will never be her intention to provide false information. This was just an honest mistake. Ella will always be willing to admit when she was wrong. She also is always willing to listen to other views other than her views, as decisions are made best in a group after much discussion of the situation.

However, the one of the main driving forces that influenced Ella’s final decision to put her name on the ballot against Dr. Walker was based on the unique ethical dilemma that Dr. Walker placed himself in, by serving in a dual role as the Chairman of the Development Authority and a member of the DeKalb County Board of Education. Ella was concerned that Dr. Walker was first elected to the DeKalb County School Board in 2008 with the help of $18,000 in campaign contributions from Sembler executive employees and spouses and that due to Dr. Walker’s campaign disclosures being turned in late that year. The voters were not aware of these donations before the election in 2008. Ella wants to make sure voters are aware in 2010. Ernest Brown could have used this information in his campaign if Dr. Walker had posted his campaign disclosure report in a timely manner.

In a Dunwoody Crier article, Dr. Walker credits his “platform of economic development” for carrying him to victory in his board of Education campaign. Ella’s campaign committee agrees that the $18,000 in campaign contributions may in fact be due to his involvement with the DeKalb Authority Board and at the time the possibility of Dr. Walker possible serving Sembler’s special interests regarding breaks for tax breaks that also might occur as a member of the DeKalb County School Board. This is an extremely large amount of money to be donated to a school board candidate by one corporation regardless of how it was broken up and donated to try to make the donations legal by law.

Dr. Walker finally stepped down as a member of the Development Authority. However, this was after a lawsuit by members of the school board and apparently much political pressure. Dr. Walker did not see the conflict of interest that much of the public did see and that Ella definitely could see. In this instance, Dr. Walker would have allowed taxes to rise in 2009 when taxpayers where struggling due to the economy, in order to support the Sembler Company. In these economic times this is not what was best for all the citizens of DeKalb County? Development should be to help DeKalb County and its citizens. This was not the time to support a big developer over the citizens of DeKalb, particularly when you just took $18,000 from this developer to help you win your school board race.

Ella also is concerned that Dr. Walker admits he sees color and indicates this does have an impact in his decision-making from his district 9 seat on the school board. The school board meetings are taped. Please check this out for yourself or ask someone who attends school board meetings on a regular basis. Ella has been a civil rights advocate her whole life. However, she does not feel school board members decisions should be based on the color of a student’s skin, students’ religious believes, their sexual orientation, or any other factor that could be considered bias and could be favoritism or discrimination.

Ella believes DeKalb County School Board should make decisions regarding hiring attorney firms like Aston and Byrd based on the quality of the firm and not make decisions and discuss opening the color of individual's skin in making decisions. However, Aston and Byrd are a very diversed group of attorneys which was openly discussed. The DeKalb County mission statement for purchases states that purchases for the Dekalb County School System will be made on the basis of equality, quality, price and service. Hiring an attorney firm is a big purchase of services and the quality and ability of the attorney firm to provide a variety of services to a big school system like Dekalb has to be a top priority for a school board. The group that can give the best cost for the best overall service at the best price has to be the key and not emotions or special interests. The superintendent has to make the recommendation based on the best for the students in DeKalb based on data and research. The DeKalb County School Board cannot let their special interests or friendships get in the way. This in itself is nepotism and favoritism and one of the problems we are having to answer questions to SACS.

Ella believes this is just an example of the special interests and possible conflict of interests that Dr. Walker may have due to his extensive involvement in the past in the community and state due to his extensive interests. Below is a list of organizations that Dr. Walker belongs to or has been involved in the past or currently which is excellent and shows how involved Dr. has been in the community and state and where some of his special interests may be:

Ella sees these associates bringing with them conflict of interests in serving as a member of the DeKalb County School Board as many of these groups may have an interest in certain votes on the school board and cause a conflict as interest as Dr. Walker has the ability as a member of the board to persuade others to vote his way. Ella has been very concerned about the Alternative School and over one million dollars approved for a charter program regarding a charter that apparently is going to be working with a Juvenile Justice Commission, or State Parole Group (or another group like this that Dr. Lewis has connections with). This is the second year this school did not have its charter paperwork complete. However, the school system approved the one million dollars anyway while we already have other Alternative Schools available for our students who need these services. However, the vote was close.

The school administration admited at the school board meeting that we do have other programs that already are available to serve these students who need the services provided by the New Charter Alternative School. It was very apparent that Dr. Walker was trying to influence others to vote for the money for one more year. The school did get the money for one more year while a charter school in front of this petition was denied because their paperwork was not completed correctly. Should we be approving Charter Schools without their paperwork complete because of who they are or their connections? On top of that the School System are assisting the Alternative School by requiring their administration to set bench-marks and supervise the administration and make sure the paperwork does get done this year. Do we do this for other Charter Schools so they can be approved? Ella does not think this is fair to the other Charter Schools being denied and that does not get the same special treatment and relationship with the School System.

Did Dr. Walker’s involvement on all these boards and the passing of this Charter School again for the second year without their paperwork have anything in common? Some of our School Board members may know the answer to this question.

However, Ella has had an interest in being a member of the DeKalb County School Board for many years. Ella wants positive changes in the DeKalb County School System and this will be her top priority as a school board member. Dr. Walker has many interests. Which one will be his top priority? Will it be educating our students? Will it be economic development? Will it be the Parole and Justice System? Will it be the Private Healthcare Facilities? Should our students in DeKalb not be the School Board Member in District 9’s first priority? Look at the school board tapes, look at the votes, and make your own decision as to whether the decisions have been made in the best interests of our students. Then go out and vote on November 2, 2010 for the candidate that you feel will put the students of DeKalb County first. Ella's passion is education and that has always been her number one priority.
Posted by Ella Smith at 7:55 AM No comments: Links to this post